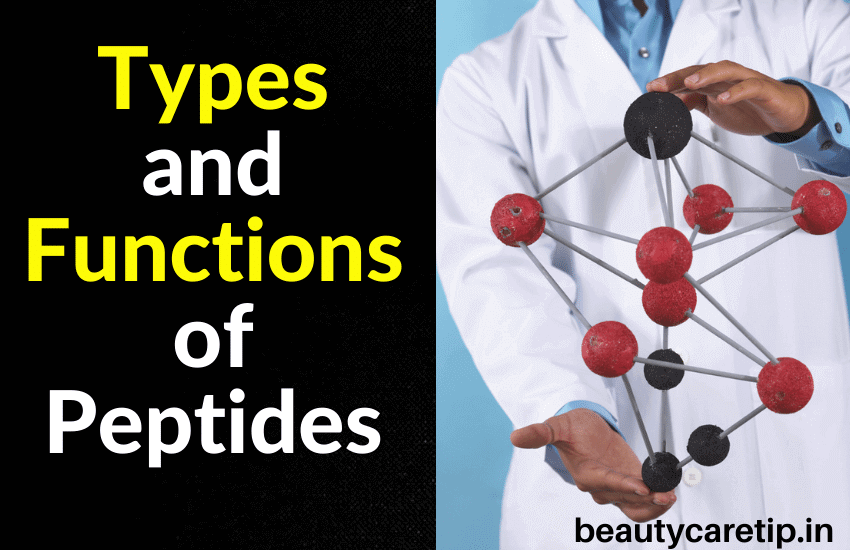 A peptide is an amide linkage that is typically formed by the reaction of an α-carboxyl group of one amino acid and another. Here, the water molecule is completely eliminated. You should know that a peptide bond has the character of a partial double bond. That is why it is typically shorter than a single bond but larger than a double bond.

While the peptide bond is rigid, the partial double bond character prevents the free rotation of the polypeptide chain. In fact, the peptide bond is ‘trans,’ so it never occurs in the configuration of ‘cis.’ This is primarily because of the steric hindrance.

Not forgetting to mention, the -NH and -COO group of the peptide bond doesn’t ionize but is distinctively polar. So, while formulating the secondary structure of proteins, it is capable of forming typical hydrogen bonds.

In the following sections, we will discuss the different types of peptides. Keep reading to expand your knowledge about the same.

What are the Most Popular Types of Peptides?

A plethora of natural and lab-made peptides are distinctively used in various products, including medicines. Here, we have comprehensively listed the most common types of peptides. While you scroll down, you will get to see how it is divided into several groups. Let’s begin.

This peptide compound is formed when two amino acids are linked with one peptide bond. Some examples of dipeptides include:

This peptide compound is formed when three amino acids are typically linked with two peptide bonds. Certain examples of this peptide variant are:

This peptide compound is typically formed when at least more than two but less than 20 amino acids are linked with peptide bonds. Some examples include:

Polypeptides are a compound formed when a peptide bond links more than 20 amino acids. Some of the most prominent examples of polypeptides include:

Peptides – What are the Functions?

You will probably know that peptides offer a plethora of functional benefits. Thus, we have enlisted some of the most important functions that are inhibited by peptides. Click here to know more.

Peptides are regarded as an important constituent of Alkaloids, a distinctive group of secondary metabolites. Some of them include caffeine, nicotine, ergotamine, turpentine, etc.

Peptides work as a potential precursor of protein.

Peptides typically act as hormones, and some of them include Somatostatin, Insulin, vasopressin, etc.

Peptides have an invariable functionality and work as an antioxidant. These typically scavenge free radicals, and one popular example is Carnosine.

Peptides are one unique form of a compound that carries out various important functions. These are also being studied broadly for treating and managing medical conditions.

Are you burned at work? Here are 7 signs of it

Good Sleep To Help You Sleep Through The Night

How To Wear A High Waist Bikini

Should Your Skincare Routine Change Throughout the Year?